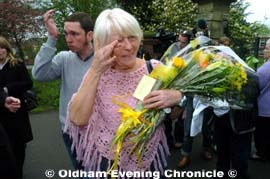 IMPORTANT:CLICK HERE to download "Reasons to Doubt" which is a 29 page overview of the case from beginning to present day. This document very clearly demonstrates that Susan's conviction is unsafe.
Click Here to Read Susan's Blog (online diary)
This site highlights the case of Susan May whose murder conviction of her elderly Aunt we believe to be unsafe. She was released from prison on 26.04.2005 but is still a convicted murderer
Click Here to read the story of her release.
Hot News:
Adjournment Debate in Parliament regarding Susan
Quick Links:
- First Visit? Case Overview and Jury Did Not Hear are good places to start
- Please Sign Susan's Petition if you think her conviction is unsafe
- Susan has 97 supporters within the Houses of Parliament. View Them Here
- Get in Touch with Susan and/or her support group FOSM (Friends of Susan May)
- Read the compelling statements below
"Seeing Steven Downing walking down the steps of the Court of Appeal a free man thrilled me. It helps when I see a conviction overturned - I tell myself there is always HOPE.
I am disgusted with my judgement. It allows police officers a free hand to neglect taking any notes at the scene and furthermore decide years later "how it was"!
Losing this appeal has hit me hard, but I am bouncing back, encouraged by the support and ongoing work of my marvellous friends."
Susan May - Text taken from Susan's Blog 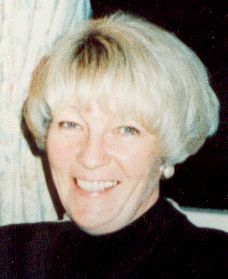 Susan May
"I was shocked and angered over the court of appeal's decision to uphold Susan's conviction when there was overwhelming evidence to prove her innocence. The fact the CCRC has ordered a full-scale reinvestigation of the case demonstrates the extraordinary strength of the evidence in Susan's favour, as well as showing that the current Appeal system is failing us.
She's the victim of a miscarriage of justice and there's no doubt in my mind that she is innocent."
John McDonnell MP 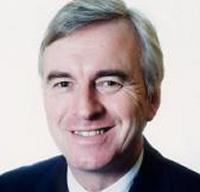 John McDonnell MP
The comment below is quoted from Sandra Gregory's biography, Forget you had a daughter, published by Vision Paperbacks. Her path crossed Susan's in Durham prison after she had spent four years 'Doing Time in the Bangkok Hilton'. Do give it a read:
"...thank you also to Sue May, who is about to enter her second decade behind bars. The support and friendship you showed me in Durham when I was crumbling under the weight of depression helped me survive the place more than you will ever know. How you survive the massive injustice dished out to you I will never know. Stay strong my friend; the truth will prevail in the end."
Sandra Gregory

Sandra Gregory greeted by her mother on her release
"This case should concern everyone who cares about justice and recalls other cases of wrongul imprisonment.
The conviction should be re-examined and reversed."
Tony Benn 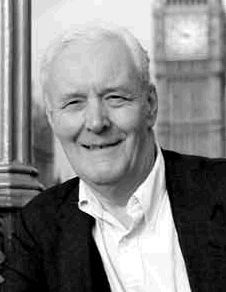 Tony Benn
"I learnt of Susan's situation at the funeral of a mutual friend and wrote my first tentative letter to her a few weeks later. Since then we have exchanged maybe a thousand letters and have come to know each other very well. Sue has faced her years of imprisonment with great fortitude and despite the enticements of a shorter sentence in more amenable surroundings has maintained her innocence.
The serious concerns around the forensic evidence, the missing witnesses and the conduct of the trial, taken with Sue's good character, cry out for a further Appeal.
I am convinced there has been a miscarriage of justice"
Margaret Riley - Ex Mayor of Oldham (Deceased)
Note from Susan:
Margaret has been a loyal supporter and a true friend and I will miss her interesting, newsy and amusing letters, which came with pleasant regularity. My sympathies go to Rob and the family - Susan 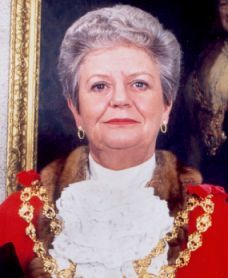 Margaret Riley
"An impartial investigation concludes that Susan's conviction is a miscarriage of justice. In support of this, I have known Susan since we were at school together and I have absolutely no doubt of her innocence. She is indeed the victim of an appalling miscarriage of justice.
Susan has a gentle and caring nature. She is incapable of meanness or unkindness. During the many years I have known her I have never known her to be anything other than loving and generous to all she meets. I am very proud to be one of Susan's many friends."
Dorothy Cooksey - Friend of Susan May

Dorothy Cooksey (FOSM)
"Susan May has been sent back to prison for a crime she did not commit. Somebody else killed Mrs Marchbank and one of their friends or relatives may be sheltering them.
They may not have thought it was important to come forward because the case was being brought back to court. But it is vital they come forward now."
Campbell Malone - Solicitor 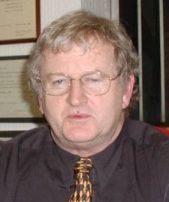 Campbell Malone - Solicitor
Lord Renton has been actively supporting Susan for some time now. We are most
grateful for all his efforts on Susan's behalf especially as he views the case from
his position as a QC.

Published by Friends of Susan May on September 5th, 2014